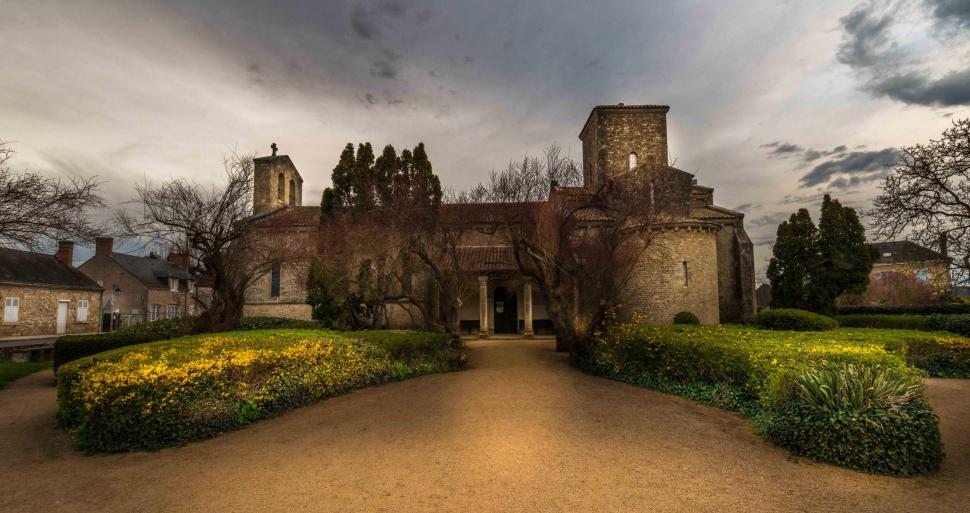 Look out, there's a surprise in store! Around twenty miles to the east of Orléans, in the Val d'Or valley, the small village of Germigny-des-Prés is home to an astonishing treasure: the only remaining Carolingian mosaic in France. And the most astonishing of all is that the mosaic is not displayed in a museum showcase... No, it continues to nestle in its original setting, in the church's oriental apse.

It is said that the village children were behind the mosaic's discovery: they were playing with 'glass cubes' they had found in the church. Just imagine the archaeologists' surprise when, under the whitewash, they discovered a 9th century mosaic.
It was unveiled in the 19th century and the church was then listed, restored and partly rebuilt. It is one of the oldest churches in France. 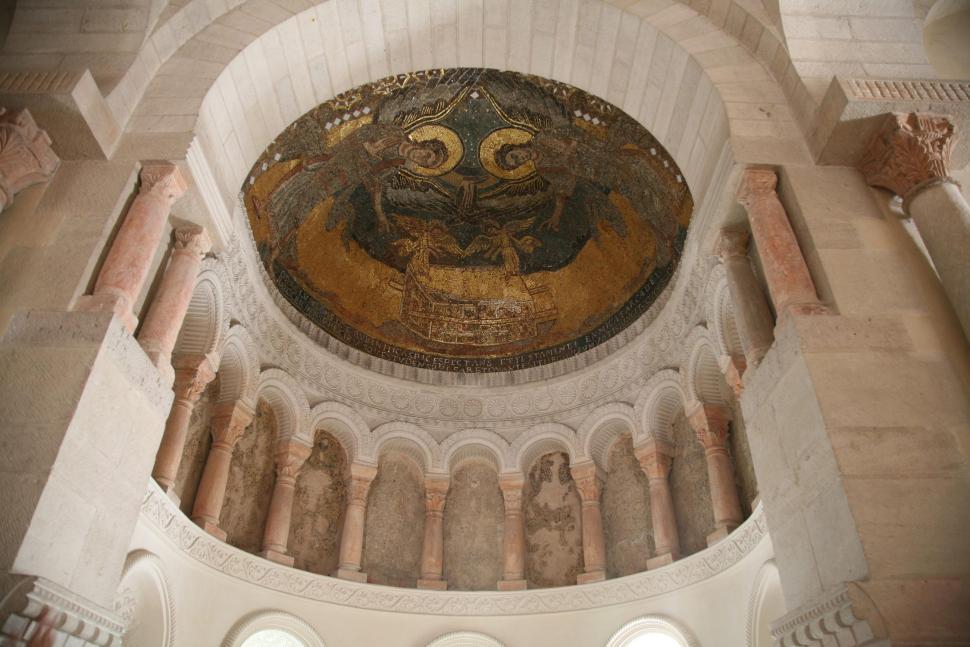 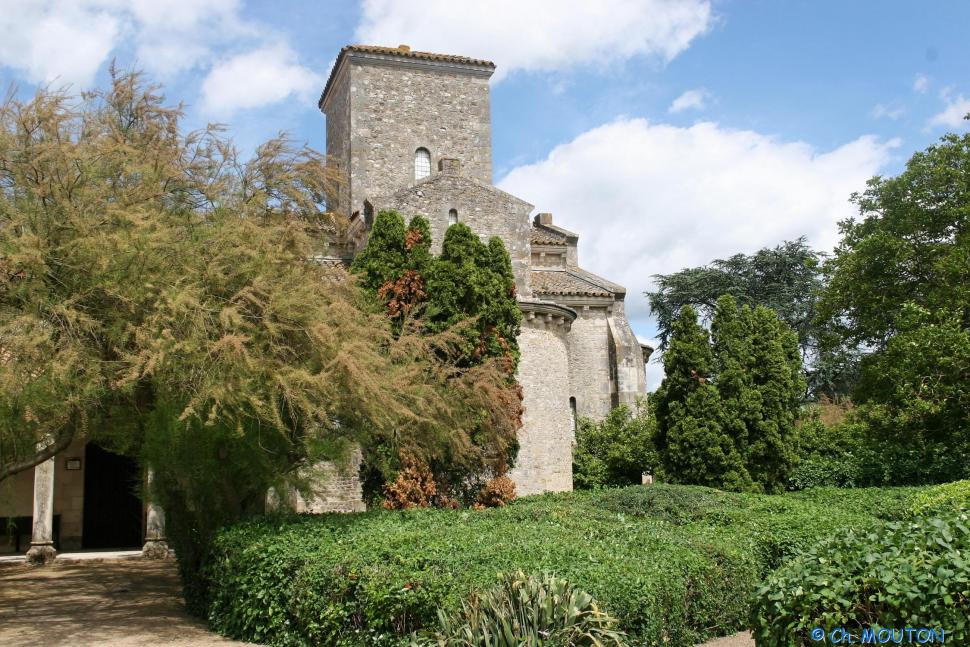 A hint of southern France

Start by walking your way round it, along the small path between the tamarisks. From the outside, the church has little in common with its Loire Valley counterparts: you could almost be in Provence here!

There's a simple explanation for this. The man behind the church's construction was of Spanish, or rather Visigothic origin. Theodulf of Orléans, one of Charlemagne's eminent advisers, was Abbot of Saint Benoit-sur-Loire and Bishop of Orléans and had his villa and private oratory built here. The villa no longer stands; however the oratory, later transformed into a church, survived. It was precisely this transformation that saved it! From an original Greek cross layout, it was converted into a Latin cross by destroying an apse and adding a nave.

Did you say Byzantine?

As soon as you enter, the modern chandeliers plunge you into a Byzantine atmosphere, further accentuated by the cream-coloured roughcast and the slightly Moorish arches. These arches give you the impression that the church is larger inside than out. Underfoot, you can see the outline of the lost apse and, further inside the church, you can revel in the mosaic made of blue and gold-coloured tesserae. Archaeologists have counted no less than 130,000 of these small cubes, some of which have been set at a slight angle, so the gold shines brighter!

The Tables of the Law

To the right of the apse, you will find a light switch which enables you to illuminate the mosaic and amplify its effect.

The subject Theodulf chose for his mosaic is drawn from the Old Testament (Exodus 25, 10-21).It is the Ark of the Covenant - the Hebrew chest said to have contained the Tables of the Law, represented here surrounded by archangels under a starry sky.

Specialists have, for a long time, tried to understand this rather original choice. In the year 800, Theodulf accompanied Charlemagne to Rome for his coronation: could he have been influenced by the decor he saw in the Roman churches? Or was did he simply choose this manner to illustrate his religious convictions? He was opposed to human representations, to the use of images and icons, and had even drafted a theological treaty, in this respect, for Charlemagne...

Visitors flock from the world over to admire and to study both the mosaic and its church. Locals love to marry in this church of exotic charm and like no other. Perhaps you will be lucky enough to attend the 'Oratory concerts' or to join one of the guided tours organised by the Tourist Office.

A tour round the outside of the oratory, the scale-model of the early building, displayed in the entrance, the modern chandeliers, the Moorish arches, the mosaic, the 16th century wooden Pietà. At the Tourist Office located next to the Oratory: exhibitions of works by local artists, book shop.

Anyone who loves beautiful things, art and architecture, anyone who is keen to discover original sites and anyone who is interested in History.

A PLACE TO SLEEP close to Germigny-des-prés ?

When, how and where?

The Oratory is open every day for free, unaccompanied tours.